Juda Fist: 7 Deaths Of The Yobi

Inspired by Hip Hop culture, Hong Kong, and Blaxploitation cinema, this gritty Sci-Fi story follows AMARU JONES, a Mercenary and Alien Biocybernetic Weapon who wakes up in the year 2065 to a world far different than 2001. Acclimating himself to this new environment, Jones discovers that he is the last living relative to three young kids.

Struggling to keep them safe and raise them right, Amaru joins a crew who take on jobs that others would think twice about. What he doesn't know is that his old enemies are still around and want to finish what they started. Their plot forces Amaru to juggle life as an uncle and doing what he knows intimately, killing. His decisions will have consequences for the entire world.

Juda Fist: 7 Deaths Of The Yobi 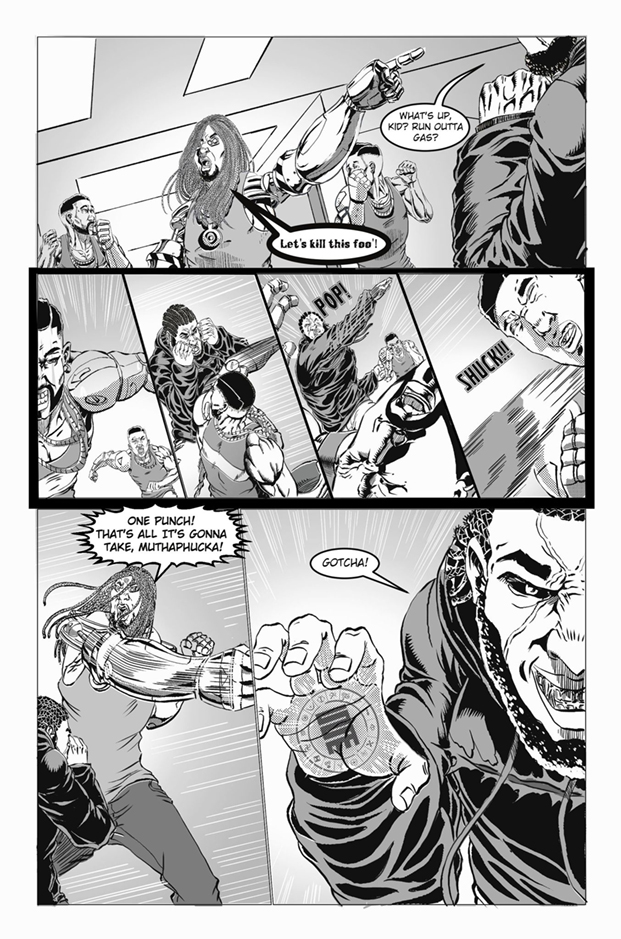 3rd Feb 2022, 10:32 AM
Mark C. Dudley
This is it. The next to the last page ending Chapter 1.The FINAL FORM so to speak. After exhausting himself our friend P-Jack sends his goons in for the kill. Oh is he in for a surprise?

Great build-up to the finale!